i
This website uses cookies to offer you the best user experience and to permanently improve our online services. By continuing to use this website you agree to the use of cookies.
Industries / Factory automation / Success stories / ABB Force measurement

ABB FM (Force Measurement) is using Westermo’s Redfox industrial Ethernet switch with its latest version of Stressometer system for measurement and control of rolling mills. The implementation of the Redfox Industrial device has helped to reduce the number of data communication products needed from six to one, simplifying the system and lowering costs.

ABB FM is a leading global supplier of control systems for rolling mills. The company’s Stressometer system, consisting of a variety of measuring and control instruments, optimises the process to produce the highest quality rolled products. When implementing a previous version of the Stressometer system, the rolling mill control network would often consist of up to six different networking devices. These included switches, routers, converters and firewalls that would invariably be supplied by different manufacturers. This could result in compatibility issues and a lack of critical networking functions such as secure VPNs and separation of networks. It also resulted in difficulties installing and maintaining these complex networks. The greater number of products needing to be configured meant it took longer to install and required a higher level of network knowledge. The need to use multiple products also contributed to a congested control cabinet, which would then need to be cooled. This leads to increased maintenance requirements as fans become worn.

The networking solution for Stressometer is now based on a single RedFox Industrial 18 port, layer 3 switch running Westermo’s WeOS operating system. The WeOS operating system has been developed by Westermo to provide layer 2 and layer 3 functions, which means the RedFox Industrial device can be used as both a switch and a router. The WeOS operating system can also manage complex networking issues including advanced security. For example each port can be configured with individual firewall rules and support is provided for encrypted VPN tunnels, which means you can connect securely over the internet. These new functions provided by Redfox Industrial Are now enabling the Stressometer system to handle multiple data communication networks within the mill using a single networking device.

"We have been delivering this latest version of the Stressometer system incorporating the RedFox Industrial device since 2010 and we have had no problems at all with the data communications," says Christer Gustafsson, Data Communications Manager at ABB FM. "When we upgraded our system we wanted a more unified networking solution. The Westermo device helps achieve this by avoiding compatibility problems between products from different manufacturers. Because of this the system is now easier for us to install and maintain and costs less to deliver.”

The RedFox Industrial’s WeOS operating system enables the communication network to be subdivided into three Virtual VLANs: A protected VLAN, using an encrypted VPN tunnel that is not accessible by the client, connects all the measuring and control instruments. A second VLAN connects to the rolling mill control computer and the third connects to the mill's office network. This provides a link to the Internet and enables the system to be monitored securely from outside the industrial network. 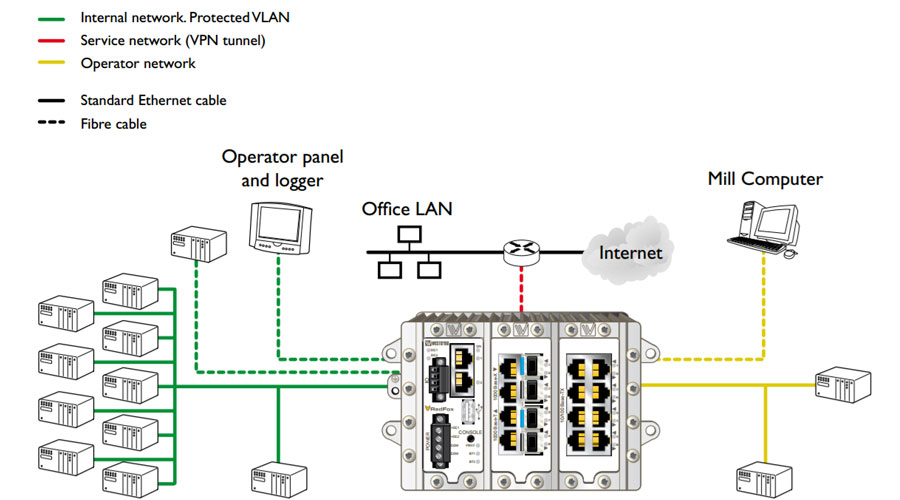 The new network solution for the Stressometer system is delivered preconfigured and installation is as simple as plugging in a few cables. Once in place, it is virtually maintenance free. If the Stressometer system requires updates or servicing, ABB FM can simply access the protected part of the network over the Internet via the encrypted VPN tunnel. Although the system is pre-configured it is still very flexible. Should equipment be plugged in or moved Network Address Translation (NAT) rules can be applied without affecting the original configuration.

The ABB Stressometer systems are installed in tough industrial environments. Westermo’s RedFox Industrial switch has been designed specifically for such applications and will operate in environments with high levels of electromagnetic interference and in extreme temperatures of between -40 to +70degC.

"We have tried many different industrial data communication products from different suppliers, but none have been good enough for our demanding requirements. The new solution, incorporating the Westermo device, works very well and requires very little technical support," concludes Gustafsson. 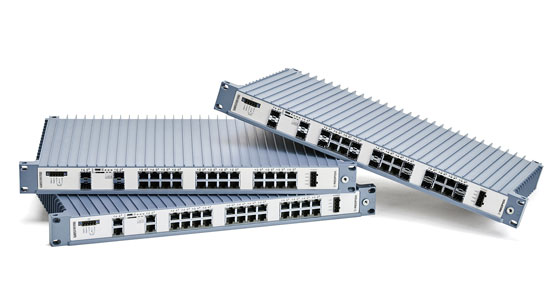 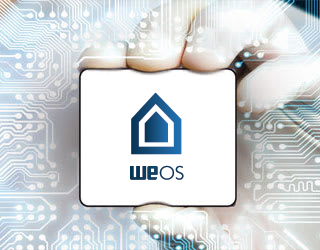 Ask me about Redfox devices and WeOS

If you have a support request, please refer to the Support Form